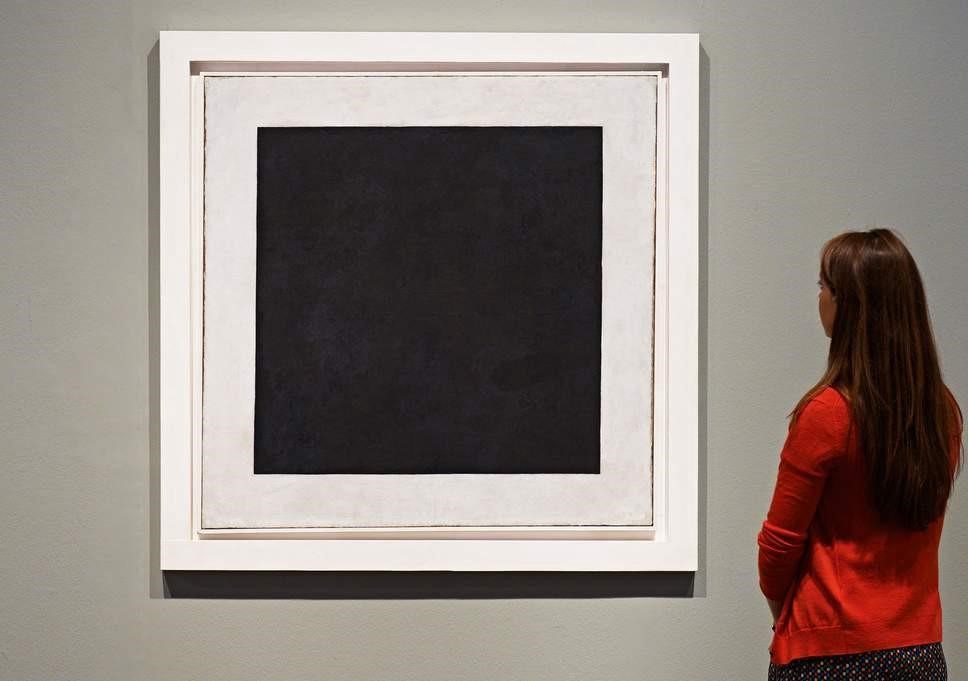 EVERYTHING YOU NEED TO KNOW ABOUT MONOCHROME PAINTINGS

Monochrome paintings created by applying one single color over an entire canvas, require a lot of effort and time, yet the final result is often baffling for your average museum-goer. All those white squares and black canvases can be difficult to understand and many people struggle to find their true meaning, often wondering: Why is this even art?

Though monochrome paintings often appear as something even your five-year-old could make, a deeper look into the history, the concept and the artistic processes behind the creation of a monochrome, reveal what is it that makes monochromes magnetically appealing to both artists and art lovers all over the globe.

The origin of the monochrome

Historically speaking, the very beginning of monochrome painting can be traced back to the French writer, Paul Bilhaud’s 1982 artwork, humorously entitled Negroes Fighting in a Cellar at Night. The art piece was later appropriated by Alphonse Allais who expanded the concept by adding another 7 monochromatic paintings with equally humorous titles like First Communion of Anaemic Young Girls in the Snow or Apoplectic Cardinals Harvesting Tomatoes on the Shore of the Red Sea. But what started as a joke between two French literary figures, turned into a comprehensive artistic movement in the years to come. Inspired by French writers, the father of Suprematism created his first monochrome painting Black Square, as a way to “free art from the dead weight of the real world.”

When Malevich painted his famous Black Square, he forever changed the idea that art should represent reality. By pushing abstract art to its very limits, he created a new visual narrative where “color and texture are ends in themselves” while the subject becomes redundant. The value of Malevich’s Black Square lies more in his revolutionary new idea than in the artist’s skills or aesthetics, a concept that will greatly influence both minimalist and conceptual artists in the years to come. 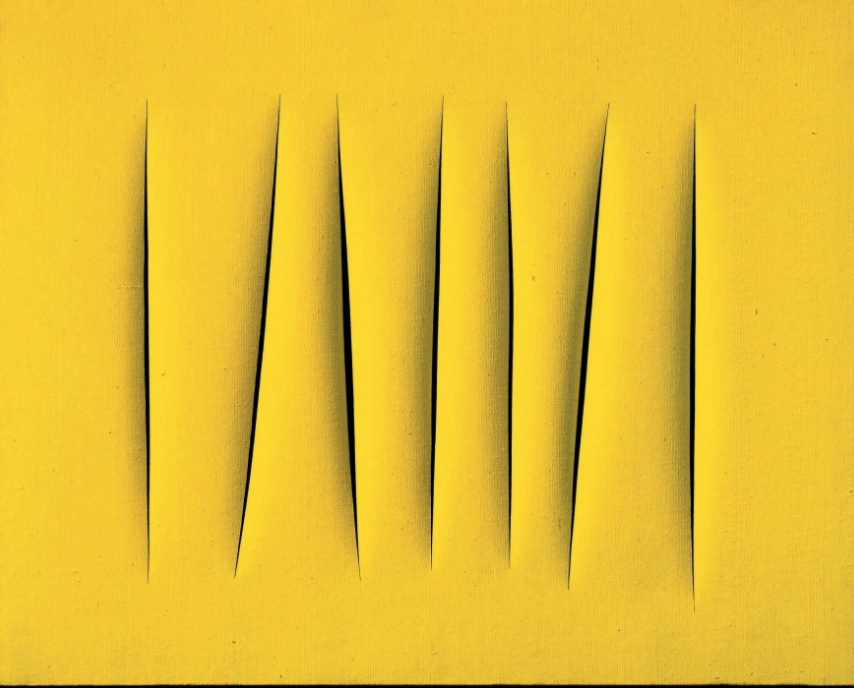 Monochrome paintings like no other, make the material for making a painting, the actual paint, very visible. In the lack of pretty much anything else on the canvas, viewers have no other choice than to focus on the color itself. Colors communicate with the viewers on a very personal level as they evoke different feelings or memories in different people. White color, like the one on Malevich’s White on White 1918 art piece, can evoke a sense of purity and innocence.

Black monochrome paintings, on the other hand, have the unique ability to evoke the sensation of being pulled into a dark hole. While looking at Malevich’s Black Square or Ad Reinhardt’s all-black Abstract Painting, many viewers feel like they are looking into a void, while simultaneously questioning their own existence and mortality. Another famous monochrome painter, Yves Klein worked closely with a chemist to create a binding medium that could absorb blue color pigment without changing it. The result was a bright ultramarine named International Klein Blue, a color its inventor described as a “pure essence of freedom”. The artist was inspired by Eastern religions that often associated the color blue with infinity, and tried to connect people with four elements of nature (wind, water, earth and fire) and make them feel like they are one with the universe. And while Malevich considered color to be the “essence of painting,” Klein saw monochromes as an “open window to freedom,” that can be achieved by immersing in the immeasurable existence of color. By looking at Klein’s unique shade of ultramarine, viewers often feel like they are looking through an open window into a blue sky or the waves of the ocean. 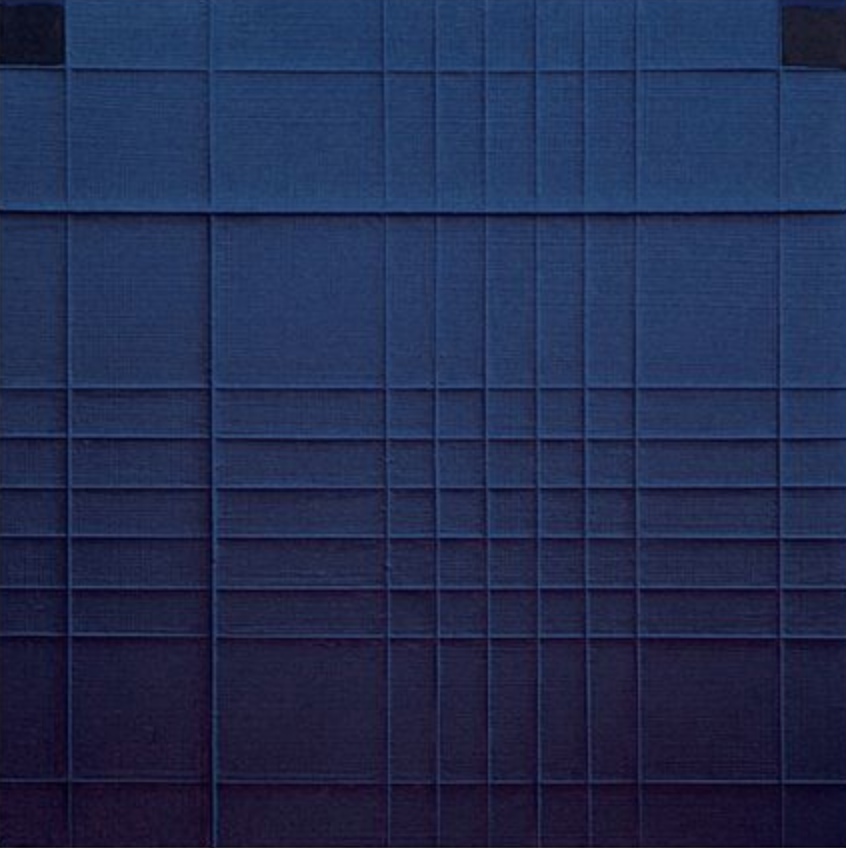 Monochrome painters often make their pieces more exciting by experimenting with different textures and creative techniques. Lucio Fontana cut up his monochrome canvases to turn them into three-dimensional sculptures while questioning the two-dimensional nature of the canvas.

In 1980s, Korean artist’s Park Seo-Bo started drawing delicate lines all over his monochromatic white canvases, thus creating the sense of both texture and rhythm. The series entitled Ecriture(which means writing in French) portrays the Eastern tradition of calligraphy, but also the spiritual journey towards self-purification. And while Park Seo-Bo’s pieces are textured to resemble purity and peacefulness of Buddhist meditative practices, American artist Jessica Dickinson gouges and etches thick layers of paint to create a feeling of distress and decay. Andthe effort never goes unnoticed. Without having the subject to look at, viewers spend more time thinking about the endless hours artists spent applying layers and layers of paint, scratching and tearing the paint and appreciating various textures that appeared as a result.

During its relatively brief existence, monochromes have continuously found a way to reinvent themselves. Starting as a radical idea about separating color from the subject and art from reality, monochrome paintings have quickly turned themselves into a tool for self-questioning and self-purification. Nowadays, monochrome paintings are being used to explore and express ideas of identity and race. Contemporary artists like Ellen Gallagher and Alteronce Gumbys reference the ideas of race and gender in their work, exploring what it means to be a black woman or a black man in today’s society. Due to its power to turn a single color into a catalyst of many meanings and emotions, monochrome paintings will continue to be the source of inspiration for artists to come